Loglines and Pitches - How to Reduce Your Book to a Sentence 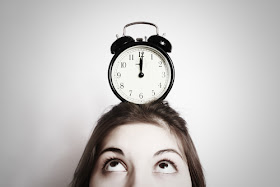 When my agent asked me for loglines for my book, I had no idea what she was talking about. I pretended I understood. (FYI, "faking it" is a required skill for writers.) Once I was off the phone, I immediately looked it up.

Loglines, I discovered, were a way of pitching movie ideas when a filmmaker only has a minute (or less) to pitch an idea to a producer.

In brief (no pun intended), a logline is a one- or two-sentence summary of your book's plot.  If someone asked you, "What's your book about?" and you only had a few seconds to describe it, that would be your logline (also known as a pitch).

Loglines are becoming increasingly important in the age of Twitter. Agents have realized that reading a tweet takes less time than reading a query. As a consequence, Pitchfests, or Pitch Parties, have gained considerable traction. (The most popular of these is #PitMad. You can read about it here.)

So, on to some examples of loglines:

a) An unwilling wife who despises her roguish husband eventually comes to adore him. (Taming of the Shrew)

b) A young FBI cadet must confide in a manipulative convicted killer to receive his help on catching another serial killer who skins his victims. (Silence of the Lambs )

c) The aging patriarch of an organized crime dynasty transfers control of his clandestine empire to his reluctant son. (The Godfather)

Notice that in each of these examples, we have a main character, a goal, and a source of conflict.

Now, try it yourself. Pick a book that you know well, and boil it down to one sentence. Now do another. Now try your own book. Not so easy, eh?

Writers are simply abysmal at reducing their books to a sentence. That's because we are too close to our own work. A typical logline from a writer would sound like this: "My book is an exploration of the nature of love in modern times encompassing the pitfalls of friendship and romance in an academic setting."  No conflict, no goals, no protagonist, no antagonist ... sounds of snoring.

Fortunately, there are some online tools that can help you. (I would suggest that you try both the YA Writers Toolbox and the Killogator. Between the two, you will have some great loglines.)

YA Writers Toolbox has a pitch generator that is absolutely fabulous. You can choose between Character Journey, High Stakes, Romance, and World/Setting. The pitch generator form asks a series of questions. Plug in a word or two, and the generator gives you several pitches.

Graeme Shimmin also has a great tool for generating loglines. He calls it the Killogator. It’s a simpler tool to use than the Toolbox, but just as valuable.

Book Logline: What It Is & How To Write It

How to Write a Logline that Sells


What's Your Book About? How to Make a Pitch
Erica Verrillo at 6:09 AM
Share